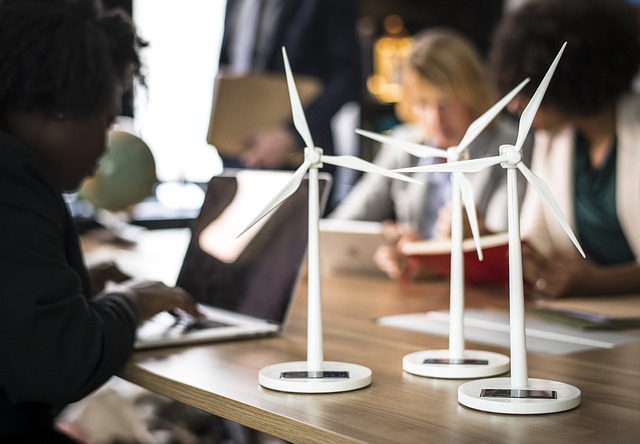 Several years ago, German industrial giant Seimens announced that they would be investing well over $100 million to reduce their carbon emissions and eventually become a climate-neutral company. Although this news was great for the planet, the company wasn’t acting out of pure altruism. In fact, the company estimated that this upfront investment in energy-efficient technology would soon result in energy savings of well more than $20 million per year.

Few individuals operate companies on the scale of international conglomerates such as Siemens, but we can still learn from them when it comes to innovative ways to reduce energy use. Explore the following examples of what other mega companies are doing and discover several ways that you may be able to apply them to your own business.

Last year, Google shared that its company-wide energy use came from renewable sources. Google is by far the world’s largest corporate purchaser of renewable energy, although many other companies are beginning to follow suit. In the same announcement, Google pointed out that, over the past six years, the costs of wind and solar energy had fallen 60 and 80 percent, respectively.

In fact, for companies investing today, renewable energy has frequently become the cheapest available option. If some time has passed since you considered how you source your energy, perhaps it’s time to do so again.

Modern smartphones are filled with precious metals including gold, silver, platinum, and palladium, as well as larger quantities of copper and aluminum. Beyond their monetary value, extracting and transporting these materials also carries an environmental cost.

Apple recently announced the creation of a new robot named “Daisy,” which is capable of disassembling and recycling up to 200 iPhones per hour. Although your business probably does not demand this level of technological innovation, you should strongly consider how recycling could help you to cut down on waste and save money.

Several years ago, Bank of America undertook a project of HVAC system upgrades, repairs, and retrofits at its San Francisco facility, resulting in reduced HVAC expenditures of well more than $300,000 annually for that location alone. Of course, even smaller-scale businesses can benefit from HVAC system repair or simply more frequent HVAC services. Whether you spend money on air conditioning, heating, or both, it’s highly likely that some simple changes could save your business serious money.

At the end of the day, mega companies grow to be large and successful as a result of many factors. Often, their achievements are simply due to their vision. They have the ability to see how their industries are evolving long before their competitors can do the same.