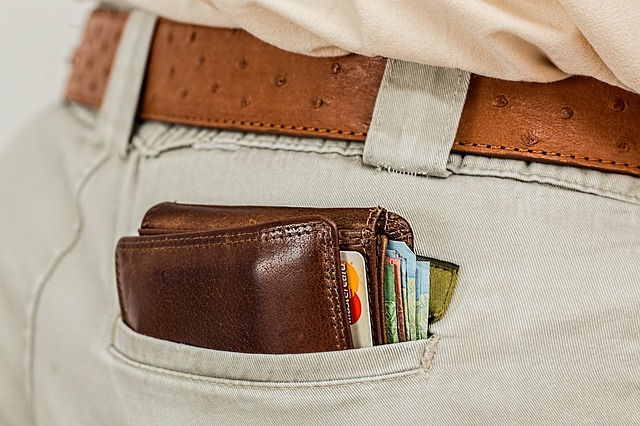 How you use your time is the fundamental determinant to how wealthy you will become, and not just in a financial sense… in all senses, as wealth relates to our state of health, happiness, and relationships just as much as our bank balance – but in this article, we’re going to focus on how to increase your bank balance by better using your time.

We are each given 24 hours a day yet how we each utilise these hours varies dramatically. Productivity hacks and time management techniques, even down to document management, are a huge factor in determining how well you utilise your time, but when it comes to making money, there is a core difference between the rich and the poor – in terms of how they focus their time.

The Stanford marshmallow experiment demonstrates the long-term earnings difference between those that are motivated by delaying their gratification in order to reap more reward in the long term; yet today with our mobile lifestyles we are increasingly wanting everything instantaneously – meaning we’re often disproportionately focused on the here and now rather than the future.

In this article, we’ll look at some of the principles from the ever popular book “Rich Dad Poor Dad” which presents a matrix known as the “Cashflow Quadrant” suggesting there are ultimately four categories in which people fall into in terms of how they make their imoney; the employee, the small business owner, the big business owner, and the investor.

Whilst each has pros and cons, if you want to generate true financial wealth then you need leverage, in this context, that is to have an asset working for you rather than you swapping your time for money. In this sense, you should be looking more toward the investor and big business owner side of the equation – as the employee is swapping their time for money, in an incredibly straightforward way, whilst the small business owner is doing much the same, but with a lot more risk.

In fact, many could suggest the small business owner has the worst deal – in the sense that they trade the certainty and simplicity of working X number of hours per work in return for X amount of cash; whilst the small business owner is burdened with a heap of expenses, risk, and administrative headache. The reason most small business owners launch their business is in the hope to earning a better income, lifestyle, and more freedom – but it’s only when they move into the mechanics of running a large business (i.e. when the hairdresser sets up a number of salons each managed by staff) that they can generate a better income, lifestyle and more freedom.

This article, looks at each in turn, and balances the pros and cons.

To be an employee is the most common, yet often the most ineffective way to go about making money, because ultimately, as an employee you are trading time for money – and someone else is pulling the strings. There are a number of tax disadvantages for employees, compared to business owners, who can write off some of their tax liability due to the expense of doing business; as an example, the business owner that commutes to his place of business and spends $20 each day on fuel or transport costs can claim this back as a tax deductible expense. This equates to $140 per week, or $7,280 per year. In contrast, the employee that pays the same amount to get to work each day, cannot claim this back against their tax bill – because everything is taken from source.

The lack of control that comes from being an employee is detrimental to your financial and career growth, as you are always having to jump through someone else’s hoops, and at any time the rug could be pulled from under you, in the sense that the company could make you redundant. Working for a corporation at the higher level does have its perks however, such as the fancy cars, business class travel, and decent remuneration… but being an employee is a little like renting rather than owning a house; you’re not building something that will become an asset (other than a pension) – you are simply trading time for money and when you stop trading time you stop receiving the money.

Many people today are taking the entrepreneurial leap to run their own small business; often they have worked in a particular industry for a long time for someone else, and now decide to go it alone, as they are sick of being a cog in the wheel and making someone else rich. However, the reality is that what they end up trading is the comfort, stability, and reassurance of having a regular income where they simply turn up to work do their tasks and get paid. Now, they are likely to have doubled the amount of time they are working and halved their salary. Whilst previously, as an employee, they could have left their work at the office – a small business owner is constantly thinking about work and is rarely able to fully switch off.

The financial rewards of having a small business can be substantial, but for most people they are simply trading a job for a job they now own – which comes with a number of financial burdens.

This is often an aspirational leap that is good for the spirit, but can be bad for the wallet, and unfortunately has a remarkably high failure rate. That’s not to say some won’t be successful – and of course, anyone can make it in life if they work hard and smart enough… but it’s important to understand the reality of the decision to start a small business, as a lot of people migrate from full-time employment thinking the grass will be much greener on the other side, to realise this isn’t always the case.

The small business owner, in this context, relates to someone that ‘owns their job’ such as a consultant, florist, hairdresser, or personal trainer – the common denominator being that they’re all trading their time for money. The unsettling truth is that you can be a great massage therapist, charging $100 an hour, yet there are only so many hours in each day you can realistically work; therefore, you are subject to a ceiling with regard to your earning ability using this ‘small business’ model.

The big business, however, leverages systems to create their income. Let’s imagine an ice cream seller. This ice cream vendor generates $200 profit from selling ice creams. He is a small business owner. The big business owner, goes out and buys five ice cream trucks and employs five people to serve ice cream. Each ice cream truck generates $200 ($1,000 per day) and each ice cream man makes $100 in salary. This results in a gross profit of $500 per day – yet the business owner himself, isn’t trading his time for money, in the same way as the ice cream man. He now has leverage. He has created a system and a network that is scalable. There’s nothing stopping him expanding the number of ice cream vans to 100 – meaning he would be making $50,000 per day. That’s the most important difference – there is leverage and scalability.

“Big Business” doesn’t have to be Coca Cola or Toyota – it’s an approach to business. The one woman massage therapist that goes around offices is a solo business owner; but there’s nothing stopping her getting a few more clients and working with other freelance massage therapists to facilitate the treatment. If she received $20 for a massage but pays her therapists $10 – she has a “big business” in this context, because she is leveraging assets and has the scalability to expand if necessary. The downside, of course, is that there’s often a fair amount of initial capital one requires to create such a business – but with the advent of the internet, the barrier to entry has become much lower.

The investor has true leverage; rather than work for his or her money, in the conventional sense of swapping time for money – they put their money to work for them.

Think of it this way, if you have $500,000 in a savings account that is earning interest of 10% each year – then, by doing nothing, that savings account is making $50,000 a year. Now, the challenge is getting that initial $500k in the first place, but the concept remains – investors create assets that generate income automatically.

Another example is the property market. This is a route that is accessible for most people,as they can purchase a cheap house at auction, renovate it, and then rent it out – either by the room or as an entire home. In the alternative, they can improve the house by adding an extension, landscaping the garden, or engaging in concrete driveway construction as ways to add value to the property then “flip it” at a higher price.

However, the true investor would likely rent it out, in order to build a portfolio of assets that derive passive income. As an example, if your mortgage were to be $600 a month and you were to rent it out at $1,000 per month – you would be making $400 in monthly passive income. Then, there’s nothing stopping you doing this with a number of properties; imagine if you had a portfolio of 25 properties; that would be a total of $10,000 passive income per month, as you would likely outsource the property management to a professional third party.

Essentially, investors build assets they can leverage time and time again rather than trading their hours for dollars. The downside, however, is that there isn’t usually the aspect of reliability or instant gratification that comes with receiving a paycheck each week! 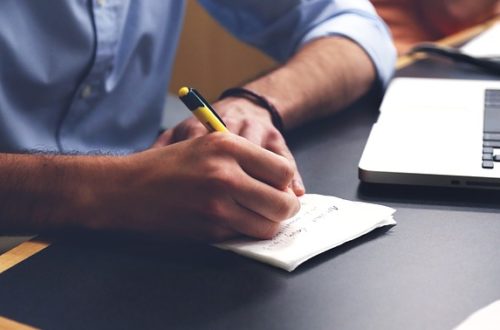 5 Startup Tips From the Experts

Jumpstart Your Career in Raleigh

How Has Kickstarter Changed Startups?